Another genre for Corman, this time the gangster movie, and a studio picture made with Twentieth Century Fox. It’s a cracking old-school gangster movie, with Jason Robards as Al Capone going through scenery like popcorn.

Corman, there to introduce the film, told the story of how he’d originally wanted to cast Orson Welles as Capone, and the studio had gently dissuaded him, saying Welles was impossible to work with. Robards was originally cast as Capone’s rival Bugs Moran – that role went instead to Ralph Meeker.

There’s a wonderful selection of thuggish faces in the movie, up to and including Jack Nicholson in a one-line part (chosen by Nicholson, according to Corman, over a larger role because the shooting schedule meant he’d get paid for longer). George Segal, high up the cast list but in a relatively small role, appears to be in an entirely different movie – possibly a prototype of The Sting. 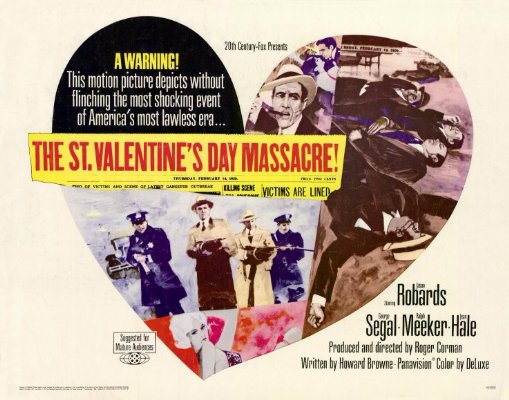 There’s a splendid voiceover detailling the lives and eventual deaths of the main characters, delivered in stentorian, moralising style with a sly undercurrent.