The Raven has to be the apotheosis of the crazy eyeball of gothic, featuring as it does Vincent Price, Peter Lorre and Boris Karloff (not to mention an absurdly young Jack Nicholson). It’s probably my favourite of the Corman Poe adaptations.

Not that it bears much relation to Poe’s poem. There’s a raven, obviously, and a woman called Lenore, and that’s about it. Instead, it’s a wonderfully daft story about feuding sorcerers, with the three stars (and supporting cast) overacting their socks off and, one hopes, having a ball. 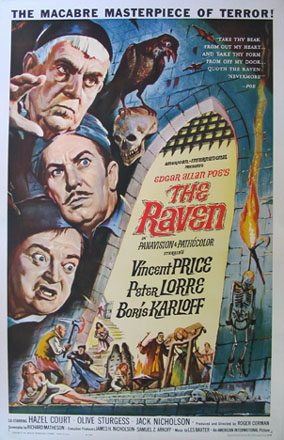 One thought on “Nevermore!”